A visual guide to understanding the 2017 default rates 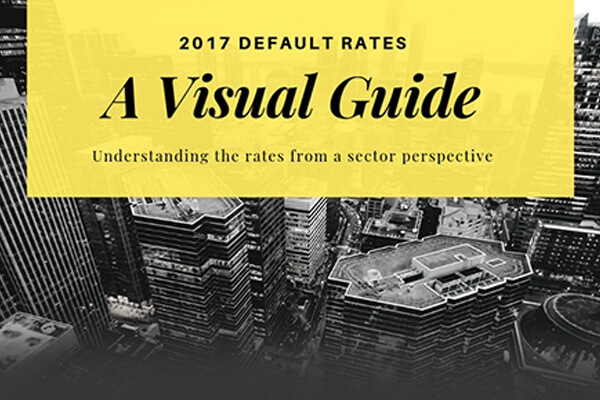 The issue of sector default rates is a complicated one, but it can also have a profound effect on a campus. Default rates can alter a campus’ approach to operations, its budget and, if not managed carefully, lead to the loss of OSAP designation and further operational challenges.

Yet, in searching for a glimpse of the greater picture these outcomes can provide, it’s easy to become awash with numbers that often overwhelm rather than inform readers.

That’s why we’ve put together an explainer, complemented by series of interactive visuals, to help make a complex subject just a little simpler to understand. Here’s what the numbers tell us:

The career college sector continues to exhibit steadily decreasing default rates and the most significant rate of change among the university, community college and career college sectors for 2017. This is according to newly released data published by the Ministry of Training, Colleges and Universities tracking default rates for every OSAP designated institution across the province.

The 2017 default rates, published September 14 of this year, relate to the cohort of students who received OSAP loans for the 2014-2015 academic year and have defaulted on their loans as of July of 2017.

A loan goes into default when a borrower fails to meet the specific terms and conditions of the loan, such as failing to make multiple payments.

According to the report, the provincial default rate for all post-secondary institutions is 6.7 per cent—a 0.8 per cent improvement from the previous year.

Smaller institutions, which enrol only a handful of students who have been issued student loans, are at a higher risk of elevated default rates. This is simply due to the small sample size of these default rates, as one defaulted loan can be the difference between a campus with rates marginally below the threshold or above it.

However, despite the risk, most modest-sized institutions have managed to keep their default rates at or below 20 per cent. Of the 90 campuses that issued 50 loans or fewer, only 16 reported a default rate above the threshold.

If a campus starts working now to lower its default rate, will it affect the next years’ rate?

No. The 2018 default rates, which are expected to be released next year, pertain to loans issued in the 2015-2016 academic year and have defaulted as of July 2018. The effects of actions a campus takes to reduce its default rate at this time will appear as early as the 2019 report to be released in 2020.

Comparing the rates to the previous year

For both years, the percentage of campuses with default rates at or below the threshold remains essentially the same: 79 per cent in 2017 compared to 80 per cent the year before.

However, the default rates appear to shift along with the threshold. In 2016, when the threshold was set at 22.5 per cent, only 74 per cent of institutions posted a default rate at or below 20 per cent.

Additionally, there are 166 campuses that have posted rates in the 2017 report: 5 more than the previous year.

There is little correlation between a campus’ default rate and its location, alone

The above map, which orients each career college in their respective communities, suggests there is a lot more at play than simply location when it comes to a campus’ overall default rate.

Nearly all campuses above the threshold are in close proximity to a campus with a default rate at or below 20 per cent. Though there are cases in which a career college is the only private institution training its community, the diversity of institutional default rates among communities across the province should stand as an indication that there is a weak or no correlation between a city or town and an institution’s overall default rate.

More likely, the default rates are subject to other factors such as a campus’ programs in relation to local market demand or an institution’s proactive approach to reducing default rates.

What are some fundemental steps to reduce a campus’ default rate