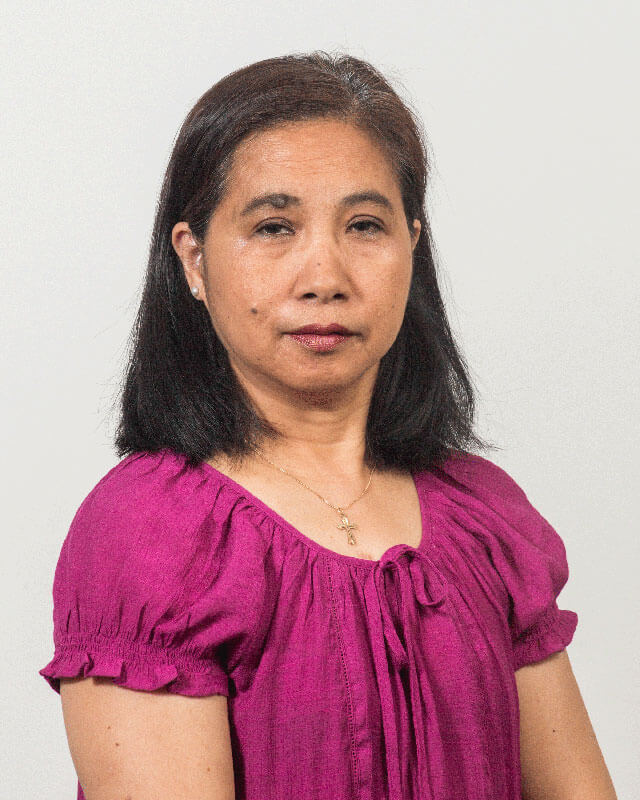 Maria Isidro began her studies in the massage therapy program at Bryan College in December 2012. She was small but mighty. She also came with an agenda; she was going to change her life—failure was not an option. In November of 2013, near the end of her first year of studies, Maria’s father became ill and it was decided that she would accompany him and her mother back to their homeland to be with family. This was not to be.

In the midst of all the planning, Maria discovered a lump in her breast. She had no alternative but to pause her studies, go through diagnostic testing and have the lump removed. She returned to school opting to schedule her radiation treatments in the afternoons so she could attend classes in the morning. Her instructors volunteered to help Maria with any missed classes and, as imperfect as her situation was, it seemed to be working. Two weeks later, Maria’s teenage son was admitted into the hospital for mental health issues and still, Maria managed to come to class. It was a dark period, but after three weeks, her son was released from the hospital, and it appeared as though Maria was going to complete her studies.

In August of 2015, Maria was experiencing chest pains, and an ECG revealed she required triple bypass surgery. Once again, Maria had to pause her studies for her surgery on January 6th, and on January 21st she received the sad news that her father had passed away.

Maria was held in high regard by the faculty, staff and student body, and all were deeply saddened by the news. Members of the college and its students joined in sending letters of condolences and well wishes for her speedy recovery, understanding that Maria would probably not return to her studies. They were wrong.

In May, 2015, Maria walked through the front doors of Bryan College once again and was ready to complete her studies. She passed her exams a month later. However, there was one final hurdle—the licensing exams. On her first attempt in November, she was unsuccessful, which meant the earliest she could schedule a retake would be May of the following year. Maria dedicated countless hours preparing for the exam and, in June, 2016, Maria became a registered massage therapist. Within two weeks, she found employment in not one but two places: a physiotherapy clinic and a wellness spa.

When asked how she was able to cope during such a challenging time, she said her dream of helping others needed to be realized.