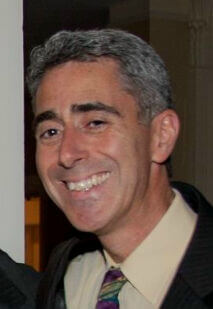 Teaching and leading have always been a part of what Rick has done in life. He developed a strong passion for this profession back in the late 1980s when he was Regional Director for a youth organization called BBYO. While it was a social platform for youth to meet and mingle, there was a strong educational component of religious culture and activism. This included creating and presenting educational content that was delivered to the members in both an engaging and meaningful way. It was during this community involvement and experience that he believes that it informed his ability to capture the attention of a group and deliver compelling sessions. As a result, whenever there was an opportunity to lead volunteer or professional development sessions, he was always one of the first to volunteer.

Now, in his sixth year at Trebas, Rick has consistently demonstrated both scholarly and professional contributions by integrating elements into the classroom, such as independent study, a respect for the students so he receives respect in return, and emphasizes to all his students to be critical, to understand what the consequences are of actions, deeds and to appreciate what they learn from it. Because he believes the pace of life continues at break-neck speed, he updates his curriculum every semester.

Also linked to professional contributions would be the fact that Rick believes wholeheartedly in inviting guest speakers into the classroom to give firsthand accounts of their organizations. Over the years, he has invited many excellent speakers to the college, such as entrepreneur David Bercovitch, Jason Kee of Google/YouTube and Craig Brockie of SOCAN. These folks are truly industry professionals, and they add a whole other aspect to the learning experience on campus and, notably, when Rick brings these speakers in to keep students current, he even extends this invitation to the public and the community.

Rick advises and mentors his students in class. He makes it known that he’s accessible to the students and that he can be reached by phone or email at any time. It’s not unusual for him to stay well after class to pursue a point or debate an issue as he feels that, “Sometimes these are the best learning opportunities.”

When asked about some of his memorable teaching moments, he said, “One of the most admirable aspects of the Trebas experience is the diversity of the student body. People from all over the world look to Trebas Institute as the one element that pulls them all together: The desire to be in the industry they love, with tolerance and respect for every type of student.”

Prior to his time at Trebas, Rick founded a guitar duo that specialized in providing music entertainment for Chapters/Indigo bookstores as well as smaller, boutique venues like the McMichael Gallery, The Canadian Film Centre and charitable groups. Lasting over 12 years, the experience not only rounded him as a performer, it also exposed him to many musicians that had an astounding lack of knowledge on the business side of the music industry.

As a result of this, he started his own company, ICEBOX Music. He became a music publisher and eventually offered music business services that included providing support to music industry clients including special event production, music business bookings, promotion, marketing and radio tracking. He learned on his own what needed to be done within the music industry and saw how many emerging artists were struggling to turn their passion into a business.

Rick eventually transitioned to teaching, and presently teaches or has taught the courses: Music Publishing and Copyright, Social Media Marketing, Entrepreneurship and the Broadcast Industry.