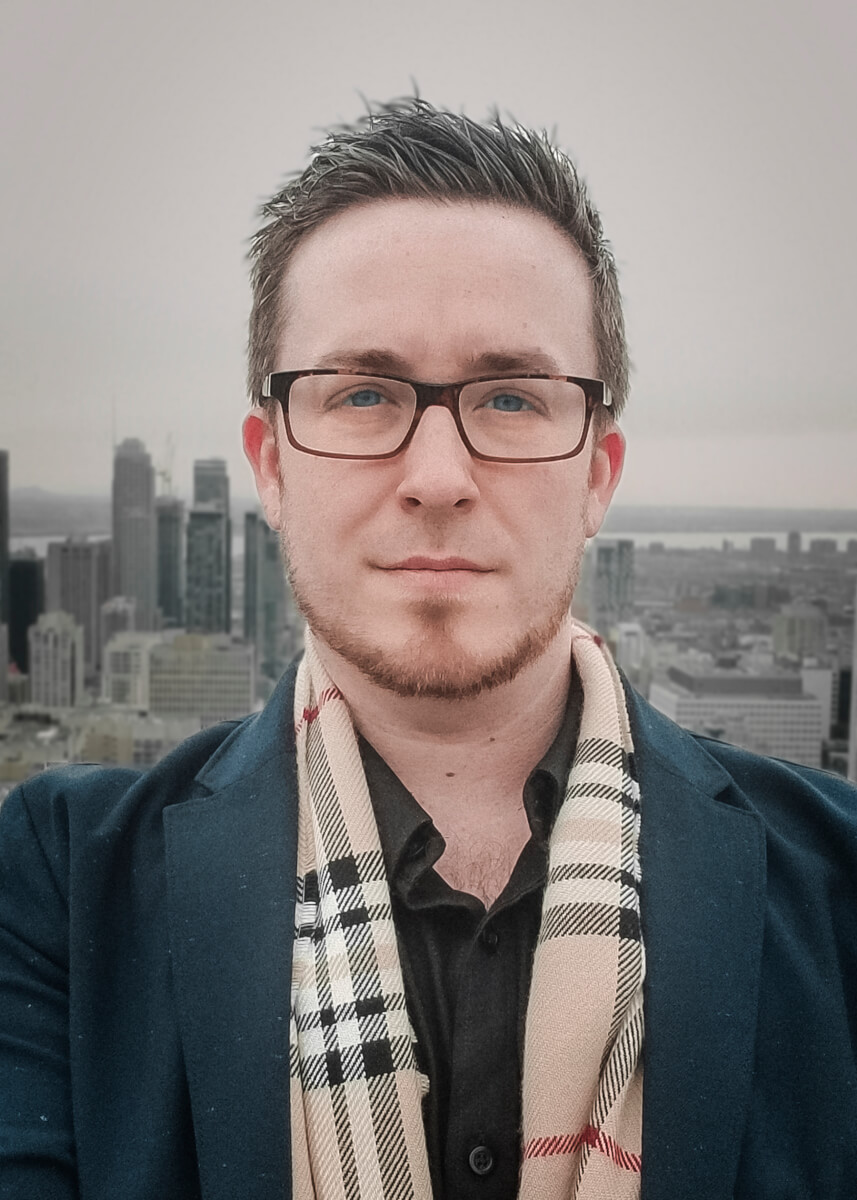 Originally from a smaller town in Washington State, Joshua’s story began when he went on vacation to visit Ontario and the Toronto International Film Festival. After working as an electrician for ten years, he decided to take a chance and pursue his passion by enrolling in film production studies in Canada, He came back once again to Toronto to look at various film schools and, according to Joshua, when he “discovered Trebas, (and) I decided that a private college, Trebas specifically, was the way to go for me. The smaller class sizes, open and caring instructors, and intensive curriculum was exactly what I was looking for.”

Joshua has shown leadership in the way that he was extremely eager to study video lighting techniques and spent extra hours on projects and by fine-tuning all assignments that he would hand-in to his instructors. He was the kind of student that others began to follow, as he would help keep the flow and mood positive, in editing as well as his many other classes that included directing and cinematography. His cinematography instructor, Francois Aubry, thought that “Johsua had an awesome grasp of three-point lighting techniques, which became one of the primary reasons why he became involved in doing excellent cinematography on many Trebas student films.”

Joshua has inspired fellow students to step out of their comfort zone and be extremely creative with their work at Trebas Institute. He put in many extra hours on prepping, filming and editing projects, not only on his own films but the films of his fellow students as well. He worked hard on his portfolio, which became very important after graduation on the job hunt. At that point, we recommended that he apply for an open position at Red Cloud TV – Klondike Strike. He then took part in a very competitive multi-stage interview process, with the final challenge of producing a video from scratch for their upcoming conference.

“I am proud to say that he rose to the top of the list in this competition and won the job over graduates from every other film school in Toronto”, said Kalman Szegvary, Head of Film and TV Production at the college.

“Joshua was definitely a strong member of our student film group and was helpful with the camerawork aspects of various film projects. This helped make the work of all the students look much more professional,” Szegvary adds.

This attention to detail and professionalism was highlighted recently when John McNeely, Supervisor at Red Cloud TV, said,
Within the first month at the firm, Josh quickly became a trusted and dependable member of our team. He plans and executes film shoots starring executives with the utmost professionalism.” This, along with his high marks, great portfolio, and the fact that he was able to get a job in his chosen field as a director-producer with Red Cloud TV, has inspired his classmates.

When the Canadian Institute for the Blind approached the Trebas film department to assist with the production of a video promoting and explaining their new interactive teaching facility, Szegvary reached out to his student for assistance and Joshua was the first to offer his help with the entire production.

Joshua evoked a passion during his studies, evident as he didn’t settle for second-best when completing his projects. Be it in directing, editing class, shooting workshop scenes or doing script breakdown work in production management, he was not afraid to make mistakes and to learn from them. This passion has paid off, as he is now directing and editing, working in his chosen field.